In Podcasts, Real Life Show by Cate Stillman
Sometimes I wonder what I’ll be like in 20 years . What will another 20 years of living Ayurveda shift in me? To answer some of my questions, I turn to Robert and Melanie Sachs, who have become dear to me on the path of living Ayurveda.
Listen in while I rap with Robert + Melanie Sachs about Ayurveda for Grandparents + the Boomer generation.

Books by Robert + Melanie for Ayurveda

A certified Ayurvedic Lifestyle Counselor, Melanie Sachs’ skill as a teacher and therapist have made her sought after by some of the world’s leading spas and beauty schools. Her book,Ayurvedic Beauty Care (Lotus Light Publications), is considered a must for those interested in the expanding field of natural and conscious body care.

With a educational background and training that is as conventional as it is ‘alternative,’ Robert works with physicians, clinics, hospitals, and private individuals and organizations, teaching them how to integrate contemporary scientific approaches with the ancient wisdom traditions in the areas of stress management, preventive health care, and relationship and group dynamics.

He is a guest instructor for the Chopra Center for Well Being in San Diego and lecturer in Tibetan Medicine for the Sino-American Rehabilitation Association College in Los Angeles.

He is sought after as a lecturer at holistic health care conferences nationally, has been featured in a number of holistic, wellness, and spa magazines, T.V. and radio programs nationally and internationally, and has hosted his own talk radio shows in New Mexico and California focusing on a unique system of astrology called 9-Star Ki and alternative health care.

He is the author of Nine-Star Ki: Your Astrological Companion to Feng Shui (Vega Press 2001), Tibetan Ayurveda: Health Secrets from The Roof of The World (Inner Traditions, 2001), Rebirth Into Pure Land(Diamond Way Ayurveda, 1994), Perfect Endings: A Conscious Approach to Dying and Death (Inner Traditions International, 1998), The Passionate Buddha: Wisdom on Intimacy and Enduring Love(Inner Traditions, 2002), The Buddha at War: Peaceful Heart, Courageous Action in Troubled Times(Watkins Press, 2006), and his and Melanie’s most recent book to promote Ayurvedic treatments and wellness for individuals and therapists, Ayurvedic Spa.

Most of these titles are available in several European languages. 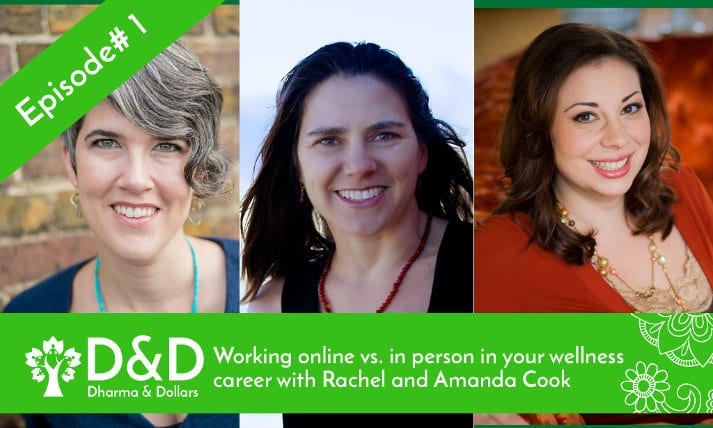 Working online vs. in person in your wellness career with Rachel Cook and Amanda Cook

Edible Wild Plants and Ayurveda: Discover the Medicinal Plants Outside Your Door

Wild plants taste wild. My favorite edible invasive weed, as many of you know, is Thistle.
Read