The Dharma of Ayurvedic Medicine Making with Todd Caldecott 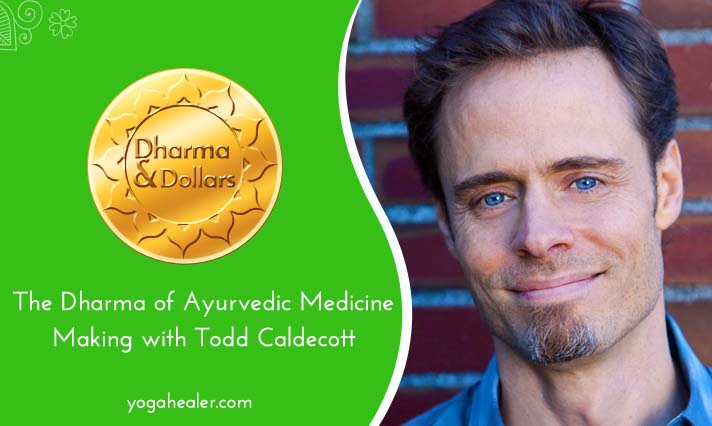 The Dharma of Ayurvedic Medicine Making with Todd Caldecott

Todd recently returned from taking a group to Nepal to study the Vajracharya tradition of Ayurveda. Vajracharya, and the transmission of Ayurveda as an expression of their Buddhist vow to alleviate suffering. Ever since, the Vajracharya lineage has maintained their original vows and served their community as skilled physicians, never once charging for a medical consultation.

“Working with Vaidya Madhu (Vaidya Mana’s son), particularly in difficult-to-treat or long-standing cases, I find that these remedies exist in a class apart from anything else I have tried in 20 years of practice. I have even compared these remedies to others that are supposedly the same or similar, but have learned there is no comparison to the 800 years of knowledge and experience that goes into making these medications.”

I rap with Todd Caldecott about the History of Ayurveda

Todd’s training as a clinician in herbal medicine began in 1992 during his search to resolve a chronic digestive disorder he acquired while traveling on the cheap in India. In his search for relief he tried many different things including modern medicine, naturopathic medicine, homeopathy and Chinese medicine, but nothing seemed to shift his health issues until he met an Ayurveda physician named Dr T. Sukumaran. His simple and informed recommendations, which essentially taught him how to take care of myself, sparked what has now become a life-long fascination and study with Ayurveda and traditional medicine. Since this time, he went on to complete his training as a practicing medical herbalist, studied Ayurveda in India, and later becoming director of herbal college and publishing a textbook in Ayurveda. He has been in clinical practice since 1995, and have practiced all over the world, working with a variety of health issues from the common cold to cancer (for his c/v please click this link). Tradition is his inspiration. He explain this in large part because he was born without any kind of tradition: his cultural heritage is a product of being a native of Vancouver, a city on the western edge of the Western world, where East becomes West, suffused and tempered with the raw abundance and beauty of the Pacific Rim.

Author of Food As Medicine.

The concept of ‘food as medicine’ is rooted in our most ancient of traditions, including Greek, Indian and Chinese medicine. If we consider the anthropological evidence it is very likely that our hunter-gatherer ancestors learned about medicinal herbs by observing wild animals deliberately eating certain plants in their diet as a way to treat different health issues. For all of nature and throughout the history of traditional medicine there has never been any real separation between food and medicine, and the present work aims to restore this connection. Informed by the theory and practices of Ayurveda and scientific research, Food As Medicine: The Theory and Practice of Food provides a practical and lucid.