Ben Hardy and I talk about how he went from a brand new, and obscure blogger to a writer with 100,000 followers, now working on his first book. Ben is father to 3 foster children, ages 5,7,and 9,  and pursuing his PhD student in Organizational Psychology.

When I first came across a blog post from Ben his writing captured my attention. He is a much better writer than me. I almost didn’t notice his writing though, because the conversation he was having was so easy to follow and rich to read. This weird thing happened, where within weeks, I had randomly come across another 3 of his posts. I wasn’t looking for them. Medium.com probably placed some cookie on my browser that sucked me back.

Before long I realized that I’d stumbled upon someone I really wanted to talk to.

I rap with Ben Hardy about Turning Journaling into Good Writing

We discuss his blog posts that drew me in:

My Philosophy For Successful Living by Jim Rohn

Benjamin Hardy is one of the top writers at Medium.com. He has over 120,000 email subscribers to his blog. His work is featured at Fortune, Forbes, Fast Company, Inc., and others. He is the foster father of 3 kids, and his finishing his PhD in Organizational Psychology.

“Who do I need to be to have the life I want?” Jim Rohn

“Everything you do is positioning. Are you positioning yourself to do AMAZING things in 1, 3, or 5 years from now?”

“This organization saves loads of time. In his book, Essentialism, Greg McKeown explains that spending 5 minutes creating outlines can save you hours when writing a book or an article — or when going through your day!

“Sometimes only 2–5 minutes and a few bullets is enough to capture all I need to have the confidence to write the article. Sometimes, it takes several pages, as depicted above. This is very important to me: I don’t write an article until I’m feeling it!”

“Most of us are like butter scraped over too much bread.”

“So your mantra becomes: The worst comes first. Do that thing you’ve been needing to do. Then do it again tomorrow.” 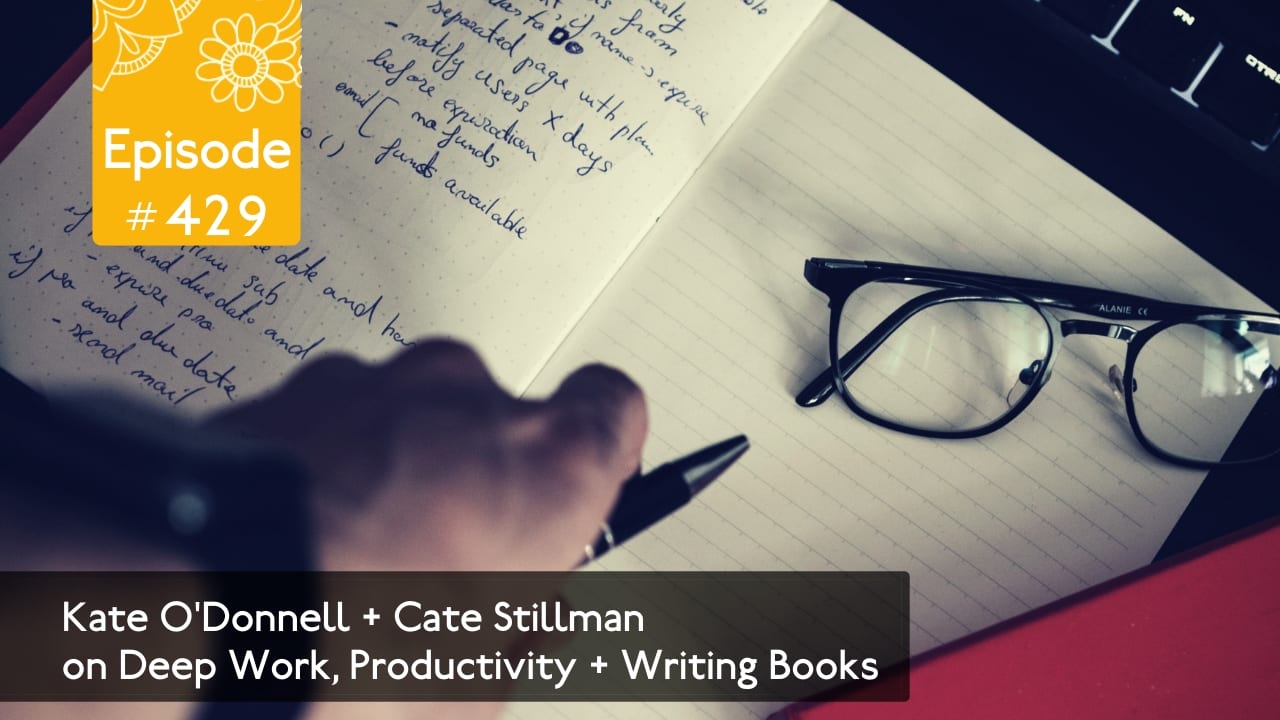 You know the conversation is going to be good when Cate sits down with Kate O’Donnell. I
Read