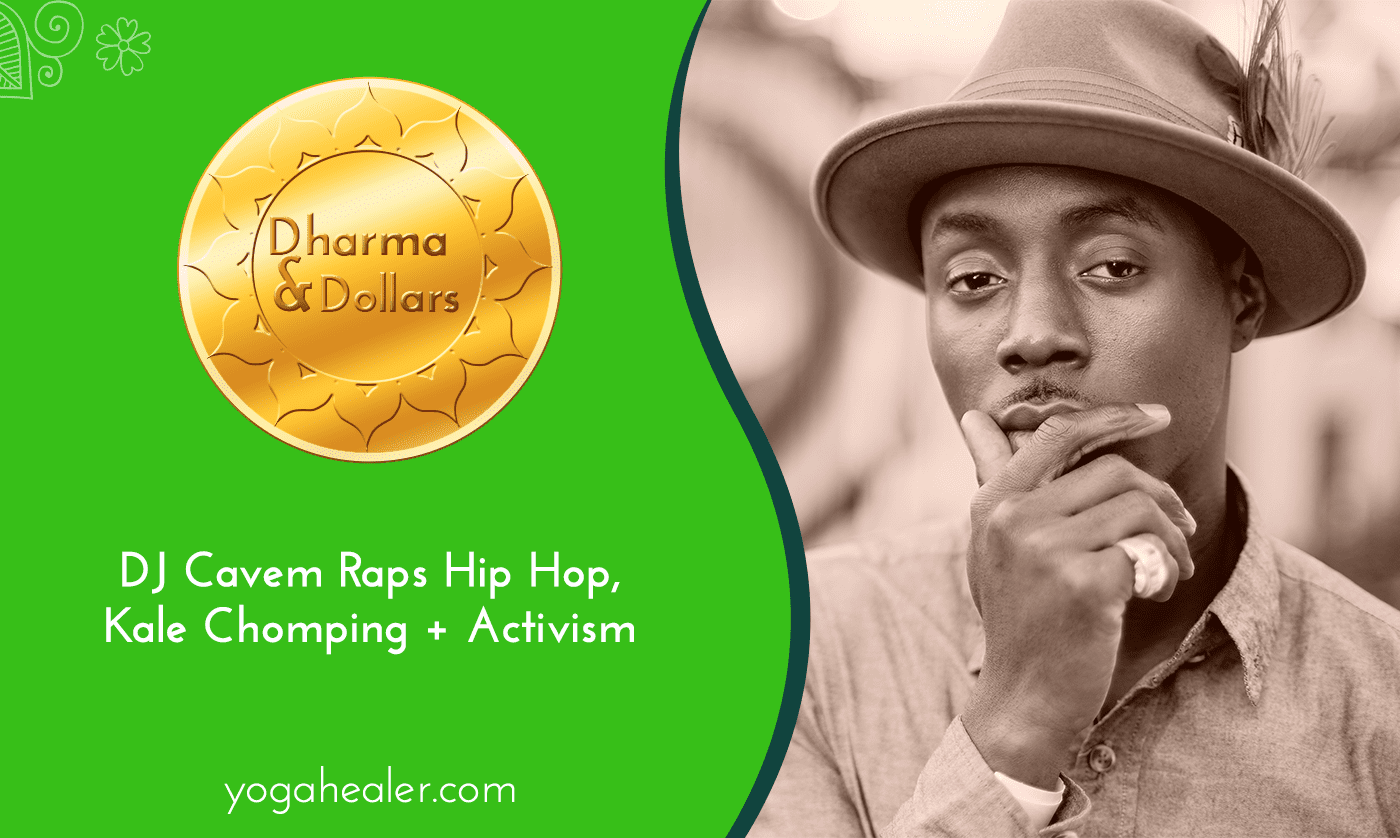 Are you an OG? (Organic Gardener).

If not, you’ll get a fire lit under your butt with  Food Justice activist and O.G. DJ Cavem. The Real g’s are the real Gardeners. My newest friend DJ Cavem is a food activist, deejay and kale advocate from the ‘hood.  He dedicates his work to transforming the minds and health of children and his community using hip hop as a platform of communication. In this episode we rap, or rather he raps and I pay homage, about HIP HOP: Higher Inner Peace Helping Other People – and what his food equality movement is all about.  As he says, “Everyone wants to know what kind of greens you’re selling. Every hustler on the block.”

Laying down lines in the ‘hood for change with DJ Cavem.

DJ Cavem tells his story as a food activist from the concrete jungle. His hiphop music is an artful and activist food movement – cultivating food justice. He is redefining the image of wealth, food and priorities in hip-hop culture.

… from drug dealers to kale dealers.

DJ Cavem and I discuss how food issues affect urban communities and how hip-hop activates young people towards a healthier way of living from street violence to environment and food awareness through school and college educational programs. See how film screenings, break dancing and juicing can transform street and school culture.
Take the action step with me and contribute to kid kale education – check out Sprout This Life – Barnraiser campaign and get the T-shirt, signed poster. I’m wearing mine loud and proud.

I rap with DJ Cavem about :

2014 Music Educator Award Grammy nominee and international recording artist, DJ Cavem is an O.G. (organic gardener) educator, emcee, deejay, BBoy, award-winning activist, midwife, vegan chef and founder of Going Green Living Bling. He created an album which is an award winning curriculum introducing the subjects of Organic Gardening and Food Justice. He has dedicated his work to transforming the minds and health of children and his community using hip hop as a platform of communication.