Elena Brower on Ruthless Self Care for Yoga Teachers 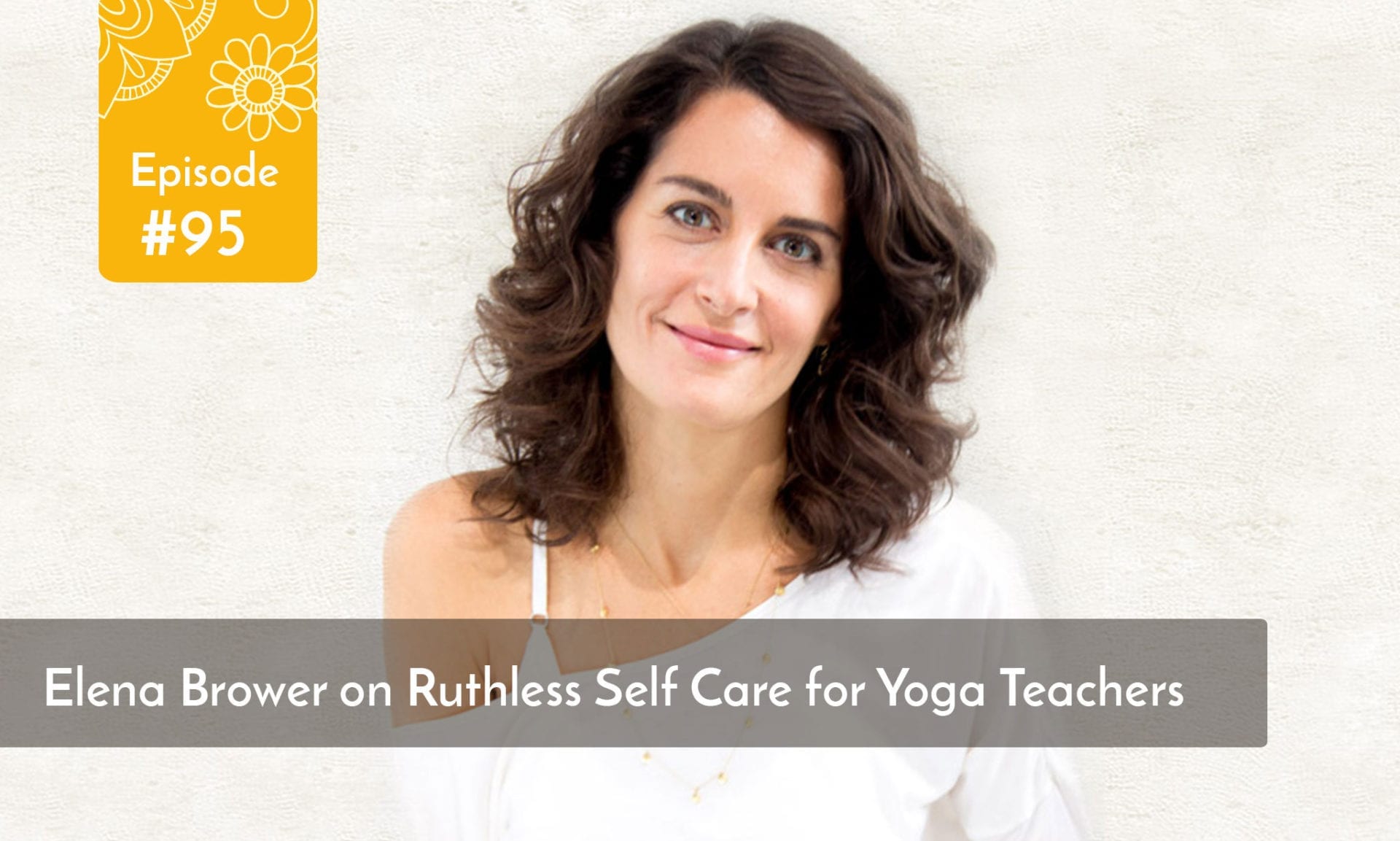 Elena Brower on Ruthless Self Care for Yoga Teachers

Elena and I first met eons ago at Inner Harmony. We’re talking 2004. Now, 12 years later we’re in the next decade of our lives. We each have a kid. Elena is still in New York and I’m still in Idaho. We’ve both grown in our respect for the traditions, practice, and philosophies of yoga and Ayurveda.

Our conversation centers around coming clean as we mature on the path of Yoga, which leads to the path of Ayurveda. Tap into the following, and share with your yoga pals. We talk about evening home life, preparing food to prepare your food body.

In this Interview Elena Brower Talks About:

What we mention in this interview:

Links from the Conversation:

Favorite Quotes from the Conversation:

I feel very excited and honored to make food for my family. It feels great. – Elena Brower

If you’re cooking for your inner king you have to bring out your inner priest. – Cate Stillman

I had to stop working between the hours of 5-8 and just focus on making a meal, chilling out with the kid… Chilling out and cooking is what Ayurveda taught me. – Elena Brower

I like the idea of home making as an art form. – Elena Brower

Around minute 16 I riff on the origin of restaurants. Let me correct myself. The modern idea of a restaurant – as well as the term itself – appeared in Paris in the 18th century.[9 In the United States, it was not until the late 18th century that establishments that provided meals without also providing lodging began to appear in major metropolitan areas in the form of coffee and oyster houses. The actual term “restaurant” did not enter into the common parlance until the following century.


The reason I bring up (albeit incorrectly!) the origins of restaurants is to point out that they are a relatively new concept in the human digestive scene. That we’re realizing their limitations in terms of family life and ruthless self-care is somewhat predictable!

The YogiDetox experience is one that involves complex emotions and challenges. While its r
Read

Fertility is a strong reflection of the health and resilience of our bodies. In today’s
Read
Back to Podcasts