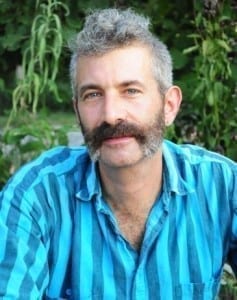 I had the chance to talk to Sandor Katz, my microorganism guru. Sandor is bringing small-batch fermentation back into the kitchen… where it departed pre-1950s. This week I’m making kefir soda and sauerkraut. Since this conversation with Sandor, I’ve had some homemade fermented foods at least once a day and notice how much my body loves it!
He is the author of Wild Fermentation, The Art of Fermentation, and The Revolution Will Not Be Microwaved.

How is your Internal Biodiversity?

In so many ways I know I’m typical. Growing up, we bought bread, cheese, pickles and relish from the store. While my mom was an amazing canner – she didn’t introduce me to the art of fermentation. If your mother did – you don’t need to read this post.

I love this from Pollan’s article

“Justin Sonnenburg, a microbiologist at Stanford, suggests that we would do well to begin regarding the human body as “an elaborate vessel optimized for the growth and spread of our microbial inhabitants.This humbling new way of thinking about the self has large implications for human and microbial health, which turn out to be inextricably linked. Disorders in our internal ecosystem — a loss of diversity, say, or a proliferation of the “wrong” kind of microbes — may predispose us to obesity and a whole range of chronic diseases, as well as some infections.” Michael Pollan New York Times May 15, 2013
And most of us have plenty of the wrong kinds of microbes due to what Sandor Katz calls a “war on bacteria,” with daily exposure to chemical compounds that are used precisely to kill bacteria. 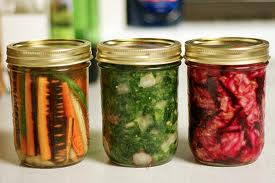 The War on Bacteria

Taking to Sandor this implications of this war deeply sink in. Western agriculture, public health and medicine has been having a 50+ year war on bacteria – and it is has caught up with us. And then some. 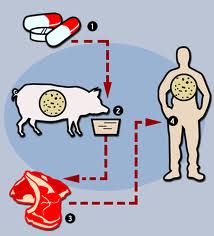 Here are the 3 biggest triggers that wipe out the good guys in your gut:

While you apply that anti-bacterial hand sanitizer or drink your tap water… you might want to (a) remember you’re killing the good with the bad (b) have a good guy replacement strategy in effect. When Sandor says, “Bacteria are your Bosom buddies,” he’s not saying is casually… but rather like – you need these kinds of friends to thrive.

Bacteria are your bosom buddies

Whether you’re in your best shape ever, have a chronic disease, or are dealing with aging. And improved digestion, as we know from Ayurveda, is key to health. Bacteria can help you:

As food poisoning comes up more and more in the news – it’s also important to know that fermented vegetables are the safest foods to eat. I know when I go back to Mexico in a few months, I’ll bring some dehydrated Kefir grains to fire back up and some mason jars to make sauerkraut. Katz says according to USDA, there has never been single documented case of food poisoning from fermented vegetables. You can’t say that about raw vegetables. If you took a raw vegetable subjected to incidental contamination, say manure in the field, the acidification process in fermentation would destroy the contaminating bacteria.

None of the organisms we associate with food poisoning can survive this acidic environment – only good bacteria survive. How yogic is that?

Ayurveda intrinsically has understand the value of fermented foods at every meal. Which is why I eat sauerkraut everyday – even it it’s just a forkful.

The Death of Small-Batch Homemade Ferments 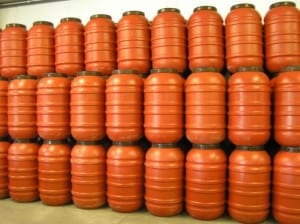 Fermentation disappeared along with general food production in our homes and local communities. In particular, the second half of the 20th century brought about the centralization of food production in far-away places where it could be done efficiently. Then, the processed food was shipped back to us.

For some decades this was celebrated as a positive development, substituting the production of food with free time to do other things. Over the past few decades, we’ve been realizing the downside. What we thought was so efficient is not efficient for our health or ecosystem.

Spiritual side of fermentation

While humans have been fermenting for thousands of years, the science of fermentation was established only 150 years ago. Think about it – when you ferment, you’re working with invisible life forces. Throughout history, people associated these bacteria that bring dramatic transformation to our food and drink with a spiritual, mystical force.

In the Jewish tradition, we say “Blessed is the creator of the fruit of the vine,” and we drink a little wine. In Roman Catholic mass, wine is the blood of Christ. Not grape juice, mind you – but wine. 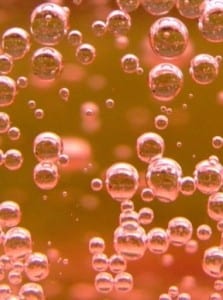 Even the root of the word for fermentation comes from Latin fervēre – to boil – because of the bubbles you can see. From an Ayurvedic tradition, we would see the process of agni at work– the fire of transformation, the art and science of transcendence.

Start Fermenting Vegetables in Your Kitchen

When Katz began experimenting with a macrobiotic diet in the early 1990s, he began adding pickles or sauerkraut to the start of his meals, becoming a more avid eater of fermented foods. It wasn’t until he moved from his home town on New York City to rural Tennessee and planted a garden that he turned to making his own ferments. Faced with a fleeting abundance of a cabbage crop, he looked up how to make sauerkraut in the Joy of Cooking – and he hasn’t stopped since, even earning the nickname “Sandorkraut” and now calling himself a “fermentation revivalist.”

Join the revival and revive your own gut. Here is a recipe to get you started.

And watch this from NPR on microbes!