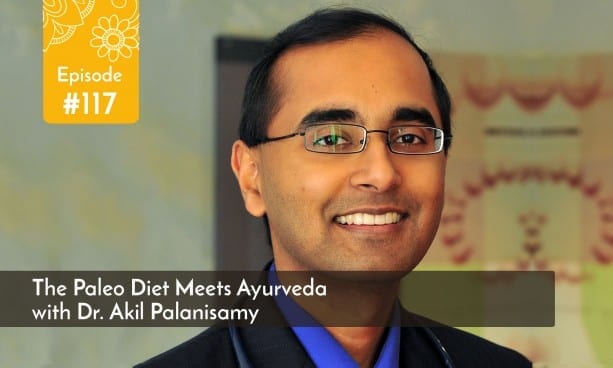 What does a plant-based, Ayurvedically-informed Paleo Diet look like? Find out on today’s show.

You’ll love this episode if your curious about Paleo but don’t want to butcher animals over it.

Learn from Dr. Akil Palanisamy on The Paleovedic Diet

Does the Paleovedic diet differ from the Ayurvedic diet?

-Question of the Week: -Do you have a delicious way of preparing amaranth? – Amaranth Polenta Recipe

In The Paleovedic Diet, Dr. Akil Palanisamy, MD, offers a comprehensive roadmap to optimal health combining the most effective aspects of the Paleo diet with Ayurveda, the time-tested traditional medical system of India, and the latest scientific research. Making complex ideas understandable and accessible, Dr. Akil delivers a simple, customized diet and lifestyle program to fit your unique body type.

The Paleovedic Diet provides definitive, practical guidance on what to eat, how to move, how to sleep, how to manage stress, and even how to breathe. Dr. Akil’s revolutionary three-week program (with meal plan and recipes) utilizes delicious nourishing foods, powerful healing spices, and intensive detoxification techniques to help you transform your body and mind.

Send an email to podcast@yogahealer.com with the answer to this week’s podcast quiz question. You could win a cool prize.

Red cabbage has 6x more phytochemicals that which common vegetable?

(With help from Whole Grains Coucil](http://wholegrainscouncil.org/whole-grains–101/amaranth-may-grain-of-the-month–0) I just got an ancient grains mix (org) at SAMs club of all places. Amaranth, quinoa and buckwheat. Cooks just like white rice ratios. I added butter, coconut oil, turmeric, salt and a veggie broth cube. Delish.

(http://wholegrainscouncil.org/whole-grains–101/amaranth-may-grain-of-the-month–0) The name for amaranth comes from the Greek amarantos, “one that does not wither,” or “the never-fading.”  True to form, amaranth’s bushy flowers retain their vibrancy even after harvesting and drying, and some varieties of ornamental amaranth forego the production of fancy flowers in favor of flashy foliage, sprouting leaves that can range from deep blood-red to light green shot with purple veining.  Although several species can be viewed as little more than annoying weeds, people around the world value amaranth as leaf vegetables, cereals, and ornamental plants

Amaranth grain has a long and colorful history in Mexico and is considered a native crop in Peru.  It was a major food crop of the Aztecs, and some have estimated amaranth was domesticated between 6,000 and 8,000 years ago.  Annual grain tributes of amaranth to the Aztec emperor were roughly equal to corn tributes.  The Aztecs didn’t just grow and eat amaranth, they also used the grains as part of their religious practices.  Many ceremonies would include the creation of a deity’s image that had been made from a combination of amaranth grains and honey.  Once formed, the images were worshipped before being broken into pieces and distributed for people to eat.  When Cortez and his Spaniards landed in the New World in the sixteenth century, they immediately began fervent and often forceful attempts to convert the Aztecs to Christianity.  One of their first moves?  Outlaw foods involved in “heathen” festivals and religious ceremonies, amaranth included.  Although severe punishment was handed to anyone found growing or possessing amaranth, complete eradication of this culturally important, fast-growing, and very prevalent plant proved to be impossible.

Amaranth is a protein powerhouse.  At about 13–14%, it easily trumps the protein content of most other grains.  You may hear the protein in amaranth referred to as “complete” because it contains lysine, an amino acid missing or negligible in many grains.

Amaranth is good for your heart.  Amaranth has shown potential as a cholesterol-lowing whole grain in several studies conducted over the past 14 years.

Cooking amaranth is very easy – measure grains and water, boil water, add grains at up to a 6 x1, water to grain ratio, gently boil with the occasional stir for 15–20 minutes, then drain, rinse, and enjoy!

Recipe of the week:

Recipe courtesy of Lorna Sass, from Whole Grains Every Day, Every Way

The YogiDetox experience is one that involves complex emotions and challenges. While its r
Read 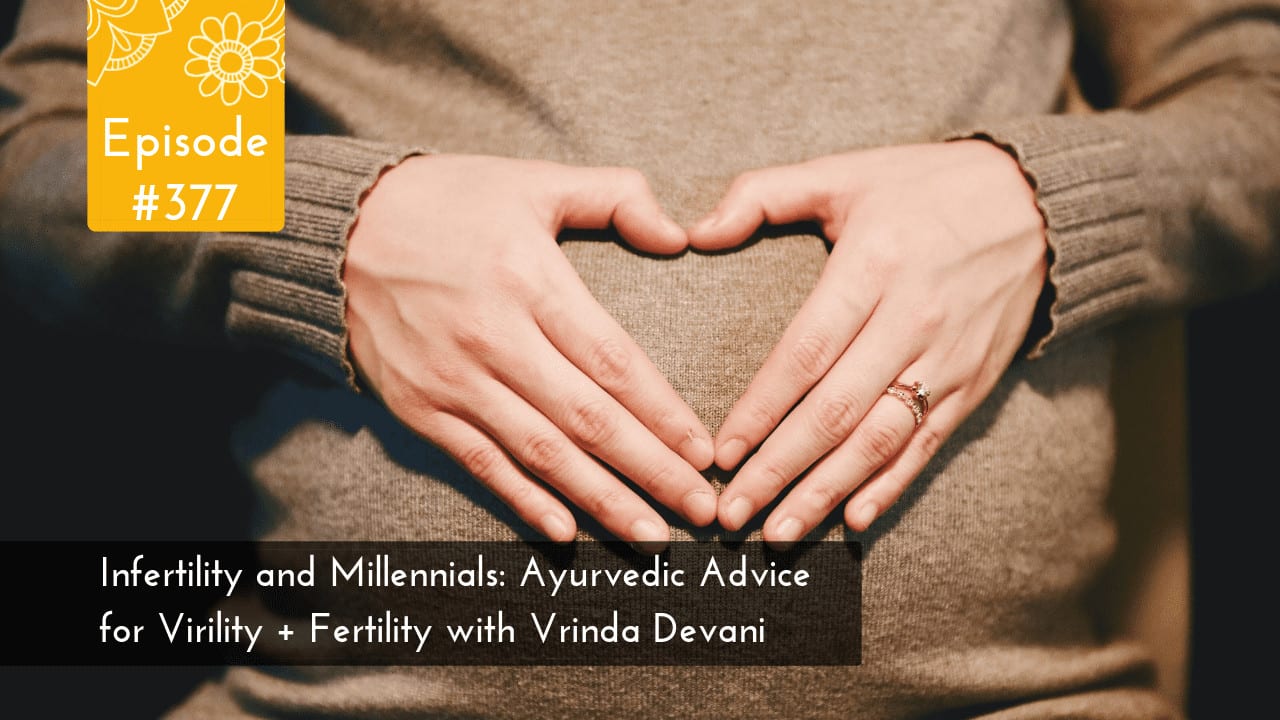 Fertility is a strong reflection of the health and resilience of our bodies. In today’s
Read
Back to Podcasts