Joe Vitale on Collaborating with the Great Something 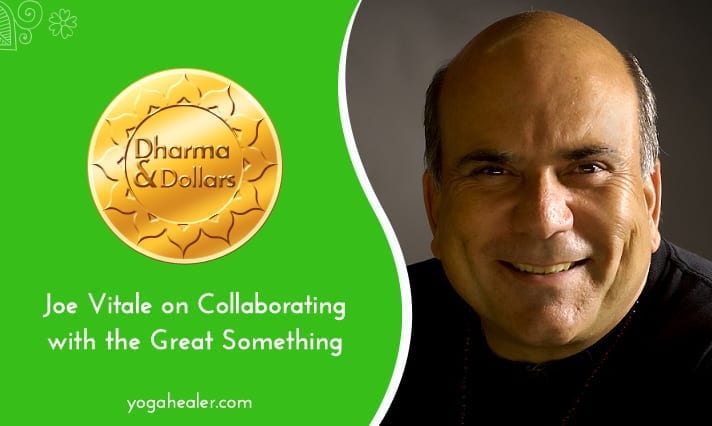 Joe Vitale on Collaborating with the Great Something

This show is so fun — it was a blast talking to Joe. He talks about being the Michelangelo of your own life, and how you want to start sculpting your David right now.

He’s also really into music right now, so we talk about the morphing of identity evolution and what we’re both experiencing with that, as well as how quickly idea-to-manifestation occurs. So stay tuned to wake up!

Dr. Joe Vitale is the author of way too many bestselling books to mention here. Some of them include The Attractor Factor, Life’s Missing Instruction Manual<, The Key, Faith, Attract Money Now and his latest is a sequel to his bestseller, Zero Limits which was officially launched in January 2014, entitled At Zero. Check out his latest release, The Secret Prayer! He’s also recorded many Nightingale-Conant audio programs, to name a few, The Awakening Course, The Missing Secret, The Secret to Attracting Money, The Abundance Paradigm, The Ultimate Law of Attraction Library and his latest release is called, The Zero Point. Joe has also been in several movies, including the blockbuster The Secret. He’s been on the following TV shows: Larry King Live, Donny Deutsch’s “The Big Idea,” CNN, CNBC, CBS, ABC, Fox News: Fox & Friends and Extra TV. He’s also been featured in The New York Times and Newsweek. One of his most recent accomplishments includes being the world’s first self-help singer songwriter as seen in 2012’s Rolling Stone Magazine®. To date, he has released 15 albums! Several of his songs were recognized and nominated for the Posi Award, regarded as “The Grammys of Positive Music.” He created a Miracles Coaching® program and helps people achieve their dreams by understanding the deeper aspects of the law of attraction and the law of right action. This man was once homeless but today is a bestselling author who believes in magic and miracles.

How Yoga Philosophy Can Help You Perform at Higher Levels

Have you ever wondered what stands between you and your deepest desires? Most times, the a
Read

Overcoming Opposition with Yourself – Distraction, Self-Doubt and Negative Thinking

Alan Watts said most people walk around in constant opposition to themselves. It may seem
Read

How to Detox your Mind and Body for 2021

Cate has been running Yogidetox twice a year since 2002, but this spring she decided to ta
Read
Back to Podcasts