How To Use Chokecherries: An Ayurvedic Perspective

How To Use Chokecherries: An Ayurvedic Perspective 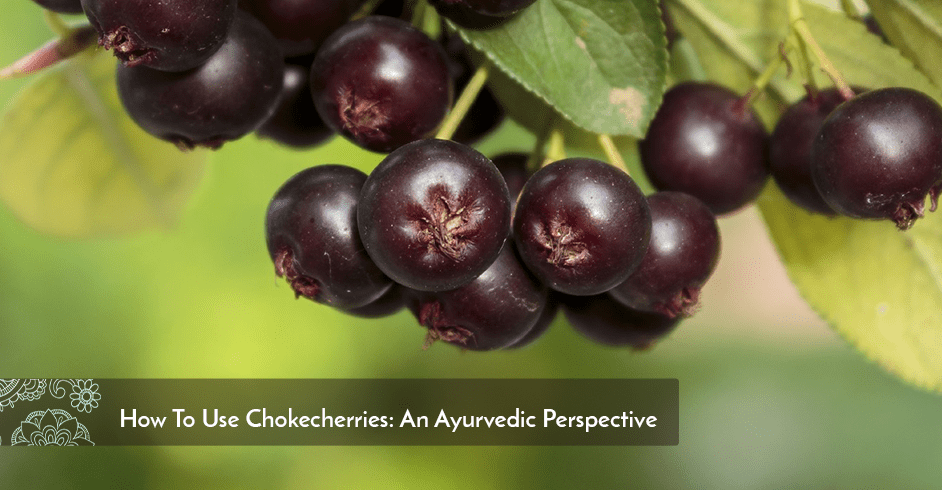 I lived in the Tetons for 15 years before harvesting chokecherries. I wish I’d known sooner! Chokecherries grow in insane abundance in this part of the world: You can pick pounds in an hour!

I asked Indy’s grandparents who are from the area if they’d harvested chokecherries while growing up. When they said yes, I asked how they used them. They responded with nothing out of the ordinary, only mentioning they’d made syrup for pancakes.

I’m not that into dousing wild natives in white sugar. So I figured you might want to know how I use chokecherries.

First, I eat them by the handful when they are ripe in late summer and early autumn. They should taste sweet and then astringent–or they aren’t ripe. If you get a first taste of astringent or sour, you need to hold your guns. Wait for a few more hard frosts. The cherries turn from red to a blackish maroon. When they are blackish maroon and sweet, you are in the harvest zone.

How to make Chokecherry Juice 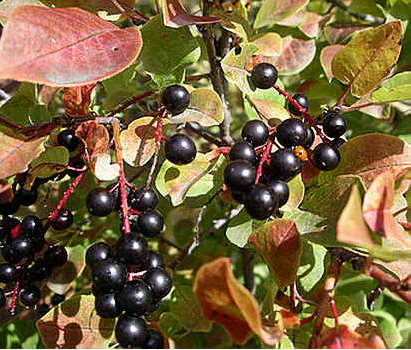 Blend them on low. I use a Vitamix on the lowest setting and blend for a few minutes while I do something else. Then I strain the mix into a mason jar. If you like your juice sweet, blend it with a few drops of stevia liquid or a tablespoon of raw, local honey.

As far as I can tell, a ripe chokecherry’s taste is sweet and astringent. An unripe chokecherry is sour, and I avoid them. Like all cherries they are laxative, which reduces vata.

This August the ranges around the Tetons were aflame. We had smoke from three fires in our little mountain valley for nearly a month. Now we’re in mid-September, and fires are still flaring up. The heat and smoke creates a high pitta and high vata condition in our ecosystem and in our inner ecosystem–our bodies.

For me this registers as irritability in my mood and dryness in my bowels, my eyes, and my nostrils. Basically I get dried out and inflamed. So do most people I know here. I created an elixir based on what was plentiful around me. The three ingredients in this recipe create the opposite effect of dryness and inflammation. My Chokecherry Autumn Elixir is a cooling, soothing tonic.

I start with a big leaf from my aloe plant. Aloe grows a little crazy in summer heat and is begging to be harvested about now. If you don’t have an aloe plant, start growing one. Ask a friend for a start from theirs. 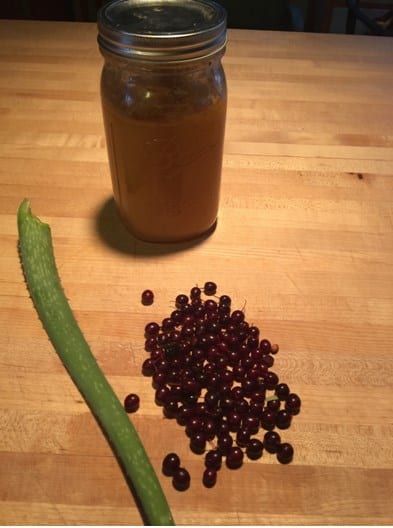 Blend the aloe, water and honey on high until liquid.

● Turn blender to lowest speed.
● Add chokecherries. Blend a few more minutes until the flesh of the chokecherry is off the pit.
● Strain.
● Drink. Add additional honey to taste.
You probably know why you should use raw, local honey. In case you don’t know, heating honey renders it indigestible. In Ayurveda they say you turn honey from nectar to ama (toxins) by heating it to boiling point. 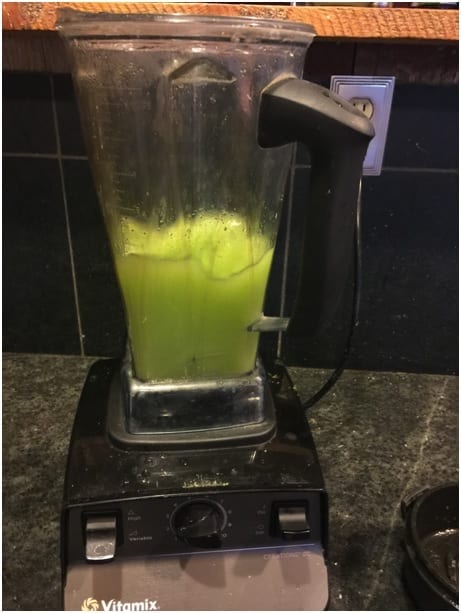 I get my honey from Frankie’s mom. I’m crazy lucky because Denise doesn’t feed her bees sugar. They just do what bees did before humans interfered and get their nutrients from the other local plants. I also get this insanely delicious, unfiltered mix that has honeycomb, larvae, and bee parts floating in it. This kind of honey is for nutrient-dense worshippers like me, but not for the Queen’s high tea service if you know what I mean. Raw, local honey creates cellular connection to your ecosystem so you won’t be allergic to the plants in your ‘hood. 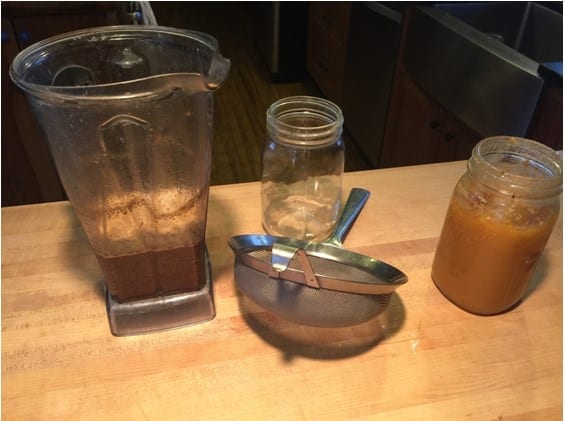 As Indy quipped, my morning elixir is brown. It’s not beautiful. But it’s crazy effective at clearing out excess summer heat and lubricating my colon. I love it. It tastes great to me, and it works. Start your morning right with some elixir. And adjust the recipe to what’s in abundance in your ‘hood. 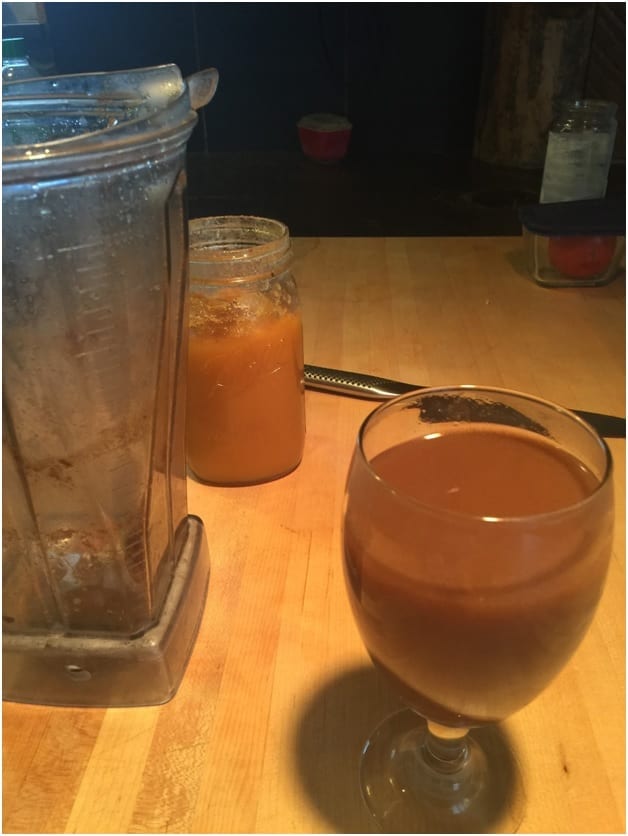