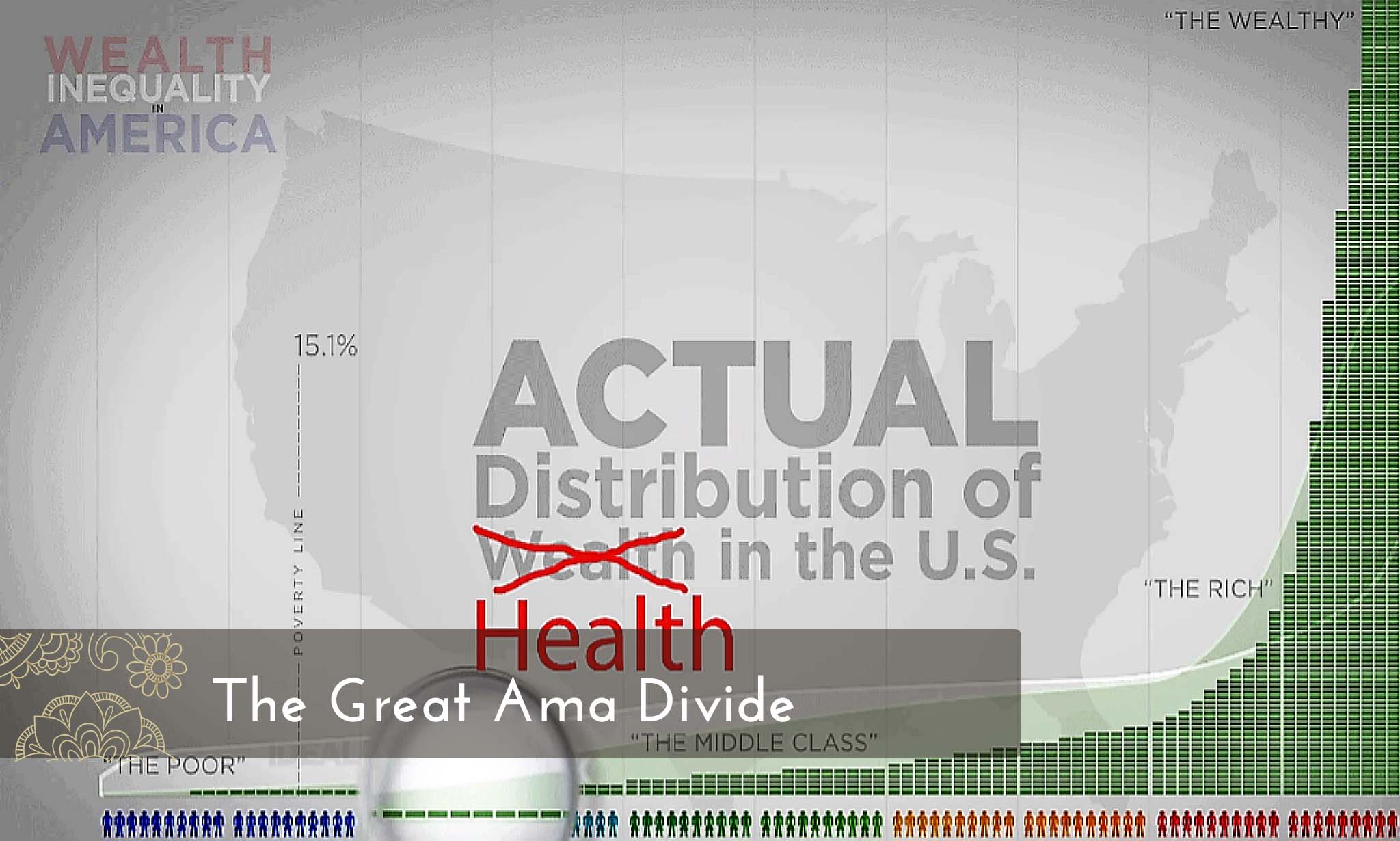 You hear a lot about the great income divide, or Economic Divide — meaning economic inequality. (Here’s an image and link to show you how it’s going down in the U.S.)

But what about The Great Ama Divide?
I don’t hear about that.

But I see The Great Ama Divide everywhere. I’m not looking for it. I just see it. The yogis and vaidyas of the world see it too. I made a short video on what I’m talking about.

My guess is that the numbers are pretty similar to those of the Economic Divide.
We’ve been over what ama is again and again, but here’s the list if you’re new around here. (You can also click here for the Agni + Ama Checklist.)

You have ama if you have these symptoms:

The problem with ama is that it makes us stupid.

Take a minute to think about this. The stakes are high.

Intelligence enables us to learn from yesterday. Prana (wind) literally moves the intelligence into our cells, giving us inspiration and desire for action. Ama gets in the way of this all going down.

Do you see the problem here? If we block the flow, we get dumbed down, depressed, and complacent. It’s a recipe for the slow disaster of degeneration.

Did your grandparents have ama?

Two of mine did, and two of mine didn’t. None of my great-grandparents had ama. Chances are, it’s the same for you. Ama isn’t new to the human species, but with processed food, hyperstimulation, excess food availability, and eating more calories later in the day, we’ve become a freakshow of a species due to ama.

Right? We’re becoming a freakshow. Look at the old-time photos. Those folks are lean, lithe, hardworking peeps. They ate two or three times a day. Snacks and supplements were not on the menu. Real food was the only option, and it wasn’t usually wasted inside or outside of the body.

The weird and super-groovy thing about The Great Ama Divide is this: you don’t have to be rich to have a divine inner-body experience. That’s right. If you decide to go ama-free, you’ll save tens of thousands of dollars over the course of your life.

If you haven’t figured this out yet, you definitely have ama. Remember how I said ama makes you stupid because it blocks the flow of intelligence? This is one crucial factor that makes ama such an expensive habit.

That’s right. Ama is a habit. Ama is a poor choice because it makes you dumb. Ama also makes you unattractive.

The True Cost of Ama

I used to think ama wasn’t affecting me…

And I was wrong. When I look at the list above, I see the money I spent on supplements and holistic therapies. I see my scaled-down version of retail therapy. The real cost to me, though, was #3. My income never plateaued, but I attribute that more to my tireless pursuit of entrepreneurship. Plenty of entrepreneurs have ama. Consider one of my favorite entrepreneurial friends: her business grossed $4 million last year, and she carries 30 pounds of ama around with her each and every day with every breath.

For me, it was less dramatic. Now that I’m scraping the bottom of my ama barrel, I see clearly. I see the cost, the expense of ama on my spirit. On my joy. On my love. On my transparency. I do weep for what the past 30 years of my adult life could’ve been if my future self could’ve shaken my maiden self to my core and shown me my light.

Simply put, ama blocks the flow of our inherent inner joy (ananda). The more awake you are to an assumption or an experience that you are indeed light and matter, the more un-clarity there is in the energetics of what or how you’re eating — the more cloudiness there is in your emotional being.
Like Rihanna says, “You want to groove? I’ma show you how to move.” Transform your ama into illumination. 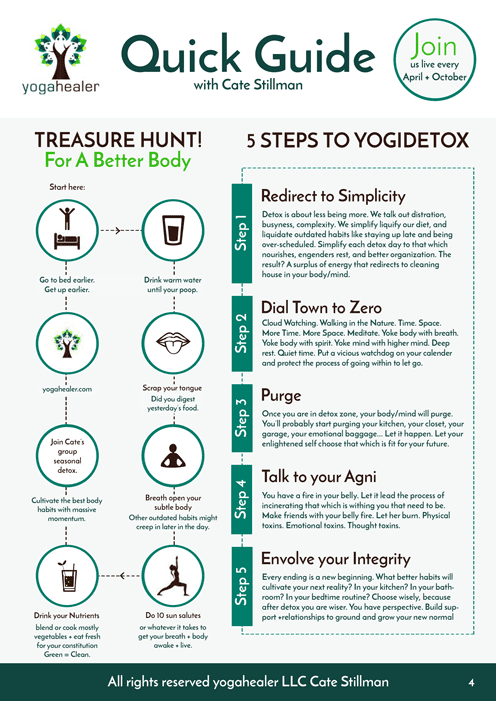